We notice that you are using Internet Explorer to view our website. Please note that we currently do not support that browser for accessing certain features. To improve your browsing experience, please use either Firefox or Chrome.

The Strategy Research Foundation (SRF) of the Strategic Management Society (SMS) announces the 2022 Research in Organizations (RiO) Program. The objective of the RiO program is to support empirical studies conducted in organizational settings in which scholars collaborate with managers to address a problem important to both the theory and practice of strategic management.

The RiO program is designed to encourage strategic management researchers to engage more closely with strategic decision makers in different types of organizations. Thus, all proposals are required to formally include an organization that will serve as the primary research site and subject of study.

Important Dates for 2022 Call for Proposals 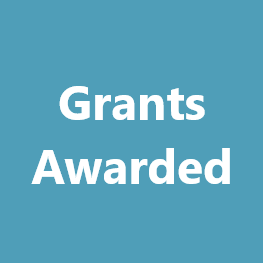 See who has previously received funding from the SRF by visiting the Grants Awarded page! You can view the proposal titles that earned the awards, as well.

Target Applicant: A full-time faculty member or post-doctoral researcher affiliated with a university, who is a current member of the Strategic Management Society.

Funding and Key Terms: Grants of up to US$25,000, to support direct research expenses such as data collection and research assistance. No institutional overhead will be paid.

All proposals must identify a Principal Investigator (PI), a Participating Organization (PO) to serve as the research setting, and a Co-Investigator (CI) who is a manager from the PO.

The PI who leads the research effort and to whom the grant is awarded must be a full-time faculty member or post-doctoral researcher affiliated with a university and a current member of the Strategic Management Society at the time of submission and throughout the grant period.

The PO may be public or private and for-profit or not-for-profit. It may not be a university or an entity closely affiliated with a university. The project must contain a significant empirical component that involves collection of qualitative and/or quantitative data in the PO. Examples of projects typically ineligible for RiO funding include collaborating with a PO to study the activities of other organizations not party to the proposal (e.g., partnering with a trade association to survey its members or working with a PO that is a research organization that will collect data on behalf of the PI). It is required that one or more managers from the PO be engaged directly in the research effort. Therefore, proposals that do not include a manager from the PO as a Co-Investigator will not be considered.

A proposal may have multiple POs (with a CI from each PO). It is also possible to have additional academic CIs.

At any time, a single individual is permitted to serve as a PI or CI on only one proposal across all SRF programs. Further, individuals named in a previously funded SRF proposal may not participate in a new proposal until expiration of the prior award. Individuals named on a proposal must disclose any prior SRF awards and demonstrate that the project in the current proposal is distinct from their previously funded research.

All SRF grants are intended to support research that has not yet been undertaken. Thus, completed work is not eligible for funding.

The SRF plans to award multiple RiO grants of up to $25,000 each during the 2022 funding cycle. Recipients will be named SRF Scholars.

The SRF program provides financial support to cover direct research expenses for data collection (including travel to the research site), student research assistance, and other activities that enable conduct of the research project. Examples of ineligible expenses include conference travel and registration fees, compensation for PI or CI time, teaching buyouts, purchases of software or equipment, and university overhead. Operating activities of the PO are also not eligible for funding. As the program aims to foster future research, reimbursement for previous expenditures is not permitted. Determination of eligible and ineligible expenses rests with the SRF.

For proposals accepted for funding, the SRF will prepare an agreement to be executed by the PI detailing the responsibilities of both the PI and the SRF. Grant funds awarded will be disbursed at the start of the two-year grant period beginning January 1, 2023.

Proposals (in English) are to be submitted by the PI through the online submission. Submissions should contain the following:

Grant recipients will retain copyright to all materials prepared in connection with the funded project. However, the SRF will retain an irrevocable, royalty-free license in perpetuity to use such materials for non-commercial purposes furthering the mission of the SRF. The SRF will omit the identity of the PO in its use of those materials if non-disclosure agreements prevent its inclusion in publications. The SRF requires that any publication of the resulting research in articles or other forms includes an acknowledgement that the research was funded in part by the SRF of the Strategic Management Society.

The SRF submission deadline is October 1, 2022. Notification of RiO grants awarded will be made by January 1, 2023. Submissions will be reviewed using the following criteria:

Riitta Katila
...is the William M. Keck Sr. Professor of Management at Stanford University and Research Director of the Stanford Technology Ventures Program (STVP). Her research intersects technology strategy, innovation, and organizational learning. She is an expert on collaboration and competition, and she co-created STVP’s PEAK Purposeful Entrepreneurship initiative. She teaches in the areas of strategy, innovation, and...
more

Please send any questions about the Research in Organizations Program by email to srf@strategicmanagement.net.